As Donald Trump has taken over the Republican Party, his influence is being felt in the party’s platform, which has adjusted from past conventions,  in some cases strikingly so. On other issues, the party has been consistent. We compare and contrast highlights in this year’s GOP platform with those of recent decades on the following issues:  trade, immigration, guns, Social Security, China, abortion, taxes and government. 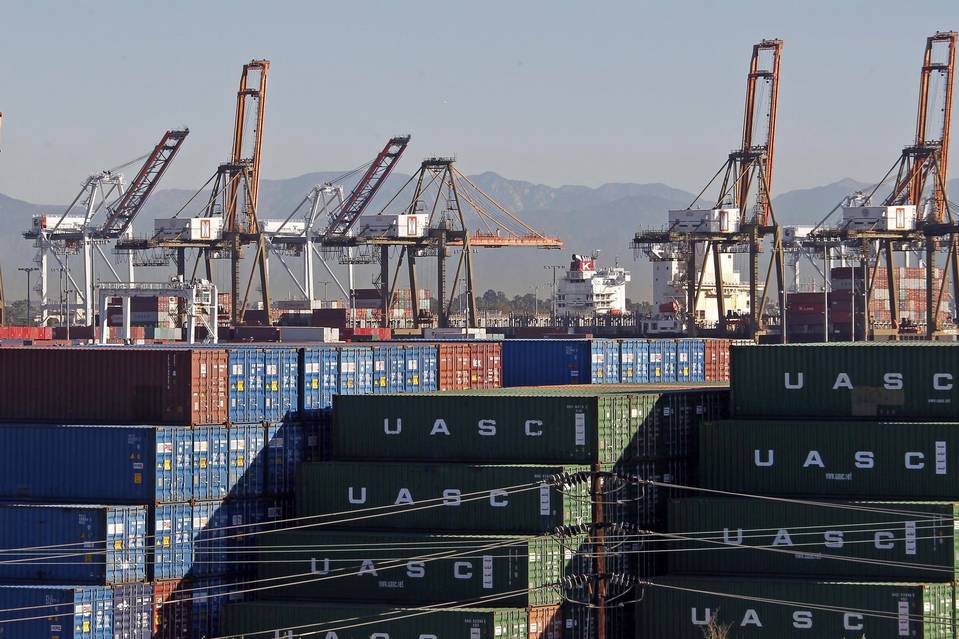 2016: International trade is crucial for all sectors of America’s economy. Massive trade deficits are not. We envision a worldwide multilateral agreement among nations committed to the principles of open markets, what has been called a “Reagan Economic Zone,” in which free trade will truly be fair trade for all concerned. We need better negotiated trade agreements that put America first. … When those agreements do not adequately protect U.S. interests, U.S. sovereignty, or when they are violated with impunity, they must be rejected.

2012: International trade is crucial for our economy. It means more American jobs, higher wages, and a better standard of living. … A Republican President will complete negotiations for a Trans-Pacific Partnership to open rapidly developing Asian markets to U.S. products.

Analysis: Mr. Trump’s skepticism of trade deals and emphasis on negotiations pushed aside Republicans who favor a trade deal with nations along the Pacific Rim. 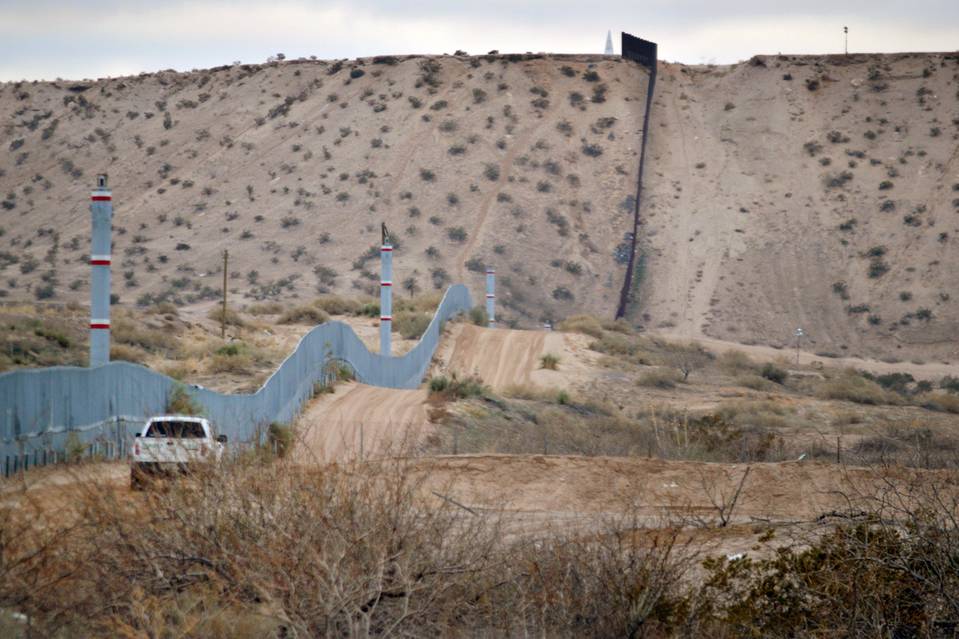 1980: Republicans are proud that our people have opened their arms and hearts to strangers from abroad and we favor an immigration and refugee policy which is consistent with this tradition. We believe that to the fullest extent possible those immigrants should be admitted who will make a positive contribution to America and who are willing to accept the fundamental American values and way of life… 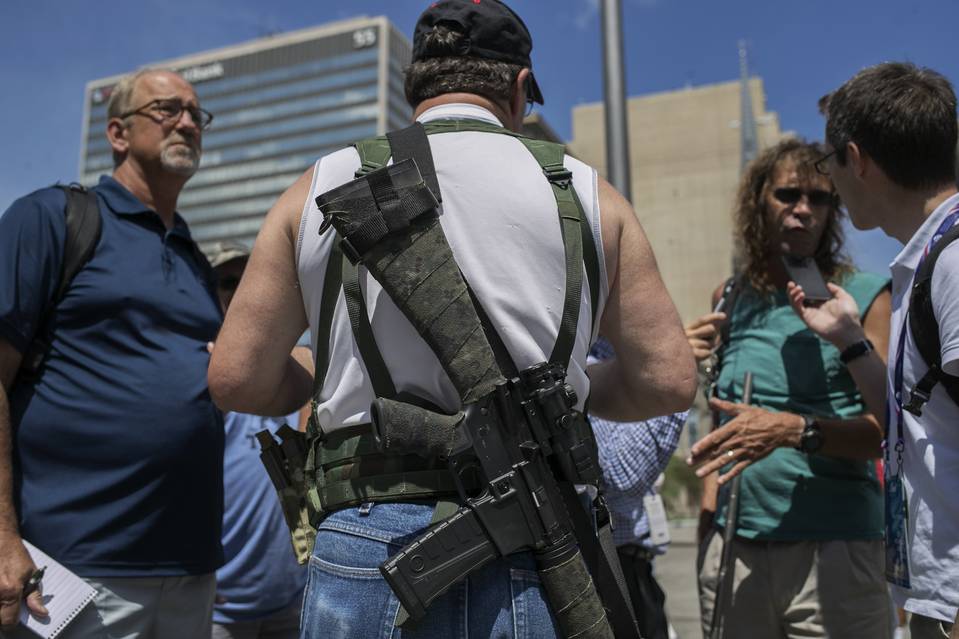 A protester speaks with members of the media at the Public Square ahead of the the Republican National Convention in Cleveland on Sunday.

2016: We support constitutional carry statutes and salute the states that have passed them. We oppose ill-conceived laws that would restrict magazine capacity or ban the sale of the most popular and common modern rifle. We also oppose any effort to deprive individuals of their right to keep and bear arms without due process of law.

2000: A Republican administration will vigorously enforce current gun laws, neglected by the Democrats, especially by prosecuting dangerous offenders identified as felons in instant background checks. Although we support background checks to ensure that guns do not fall into the hands of criminals, we oppose federal licensing of law-abiding gun owners and national gun registration as a violation of the Second Amendment and an invasion of privacy of honest citizens. 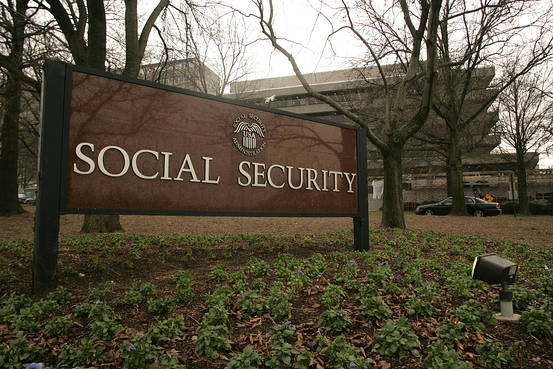 The Social Security Administration in Baltimore.

2016: As the party of America’s future, we accept the responsibility to preserve and modernize a system of retirement security forged in an old industrial era beyond the memory of most Americans. Current retirees and those close to retirement can be assured of their benefits. Of the many reforms being proposed, all options should be considered to preserve Social Security. As Republicans, we oppose tax increases and believe in the power of markets to create wealth and to help secure the future of our Social Security system.

2008: Under the current system, younger workers will not be able to depend on Social Security as part of their retirement plan. We believe the solution should give workers control over, and a fair return on, their contributions. No changes in the system should adversely affect any current or near-retiree. Comprehensive reform should include the opportunity to freely choose to create your own personal investment accounts which are distinct from and supplemental to the overall Social Security system. 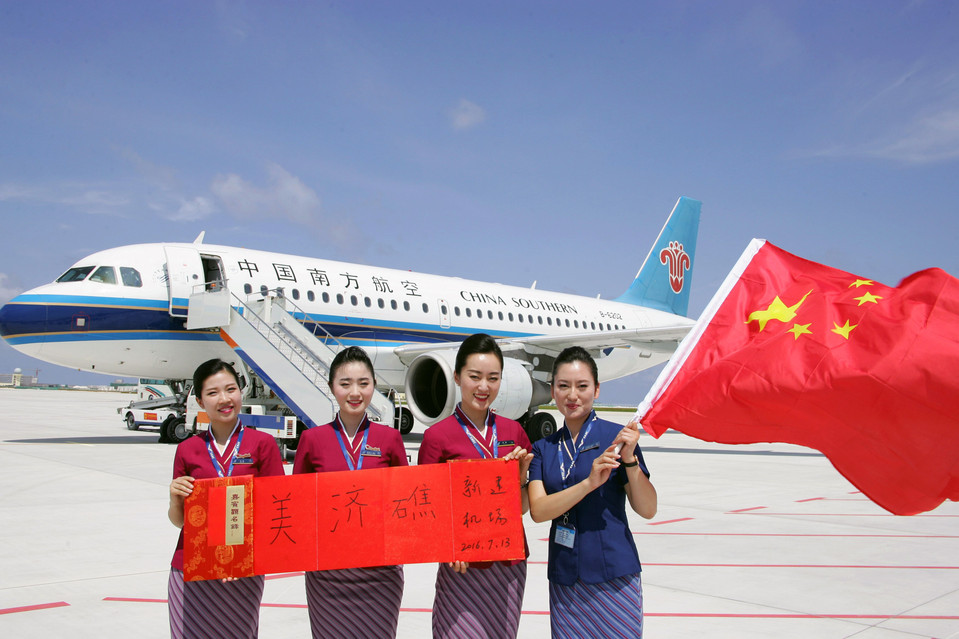 Crew members hold a Chinese national flag in front of a China Southern Airlines plane at a new airport China built on Mischief Reef of the Spratlys, South China Sea, in July.

2016: Cultural genocide continues in Tibet and Xinjiang, the promised autonomy of Hong Kong is eroded, the currency is manipulated, our technology is stolen, and intellectual property and copyrights are mocked in an economy based on piracy. In business terms, this is not competition; it is a hostile takeover.

1992: Our policy toward China is based on support for democratic reform. We need to maintain the relationship with China so that we can effectively encourage such reform. We will continue to work toward the day when the Chinese people will finally complete their journey to an open society, free of the deplorable restrictions on personal liberties that still exist.

Analysis: Mr. Trump’s harsh tone against China contrasts with the platform from a year when George H.W. Bush, a former envoy to the country, was president. 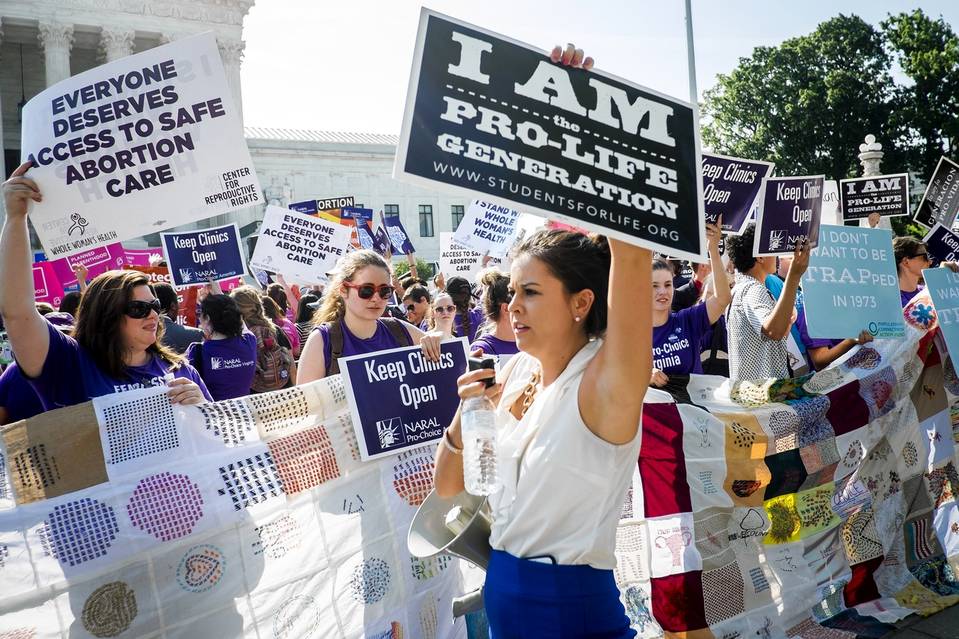 Demonstrators on the steps of the U.S. Supreme Court on June 27 in Washington, D.C.

2016: The Constitution’s guarantee that no one can “be deprived of life, liberty or property” deliberately echoes the Declaration of Independence’s proclamation that “all” are “endowed by their Creator” with the inalienable right to life. Accordingly, we assert the sanctity of human life and affirm that the unborn child has a fundamental right to life which cannot be infringed. We support a human life amendment to the Constitution and legislation to make clear that the Fourteenth Amendment’s protections apply to children before birth.

2004: As a country, we must keep our pledge to the first guarantee of the Declaration of Independence. That is why we say the unborn child has a fundamental individual right to life which cannot be infringed. We support a human life amendment to the Constitution and we endorse legislation to make it clear that the Fourteenth Amendment’s protections apply to unborn children.

Analysis: The party’s position hasn’t changed much, if at all. 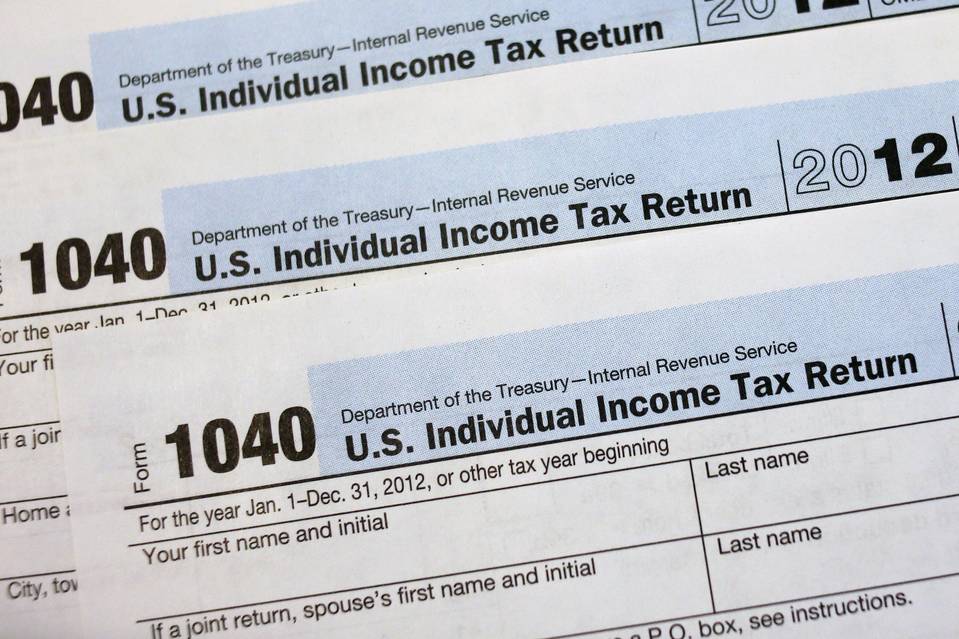 2016: Our proposal is straightforward. Wherever tax rates penalize thrift or discourage investment, they must be lowered. Wherever current provisions of the code are disincentives for economic growth, they must be changed. We will not divide the American people into winners and losers. We will eliminate as many special interest provisions and loopholes as possible and curb corporate welfare, especially where their erosion of the tax base has created pressure for higher rates.

1984: The Republican Party pledges to continue our efforts to lower tax rates, change and modernize the tax system, and eliminate the incentive-destroying effects of graduated tax rates. We therefore support tax reform that will lead to a fair and simple tax system and believe a modified flat tax—with specific exemptions for such items as mortgage interest—is a most promising approach.

Analysis: Congress passed a bipartisan tax overhaul in 1986. Now, Republicans want a similar change but one that lowers taxes overall. 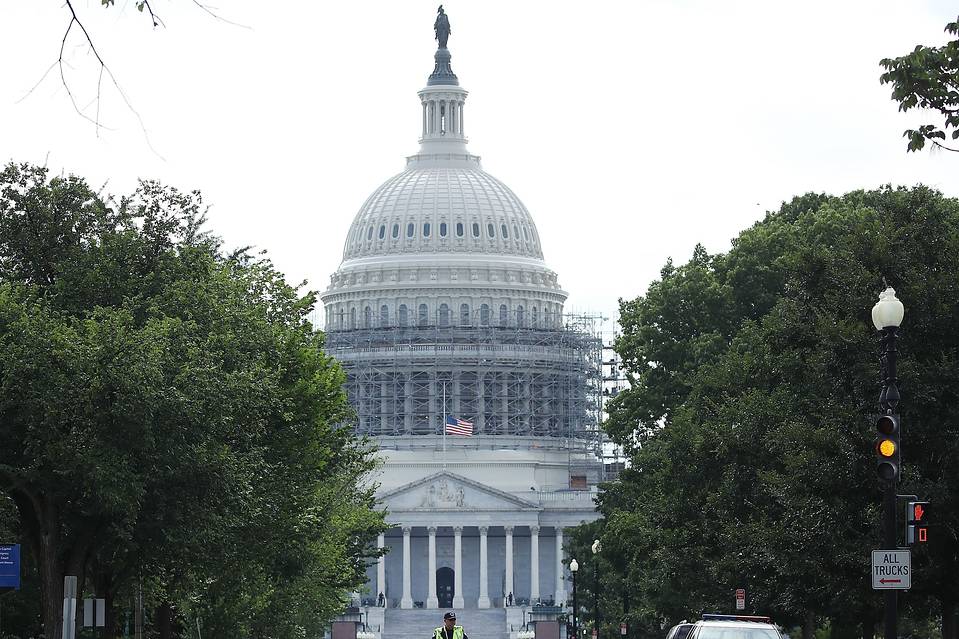 A U.S. Capitol Police officer stands guard in front of the Capitol in Washington, D.C., in July.

2016: Much of what the federal government does can be improved, much should be replaced, and much needs to be done away with or returned to the states. It is long past time for just tinkering around the edges of a bloated and unresponsive bureaucratic state. Its poorly managed programs, some begun generations ago, are ill-suited to meet present needs and future requirements.

1996: As a first step in reforming government, we support elimination of the Departments of Commerce, Housing and Urban Development, Education, and Energy, and the elimination, defunding or privatization of agencies which are obsolete, redundant, of limited value, or too regional in focus.

Analysis: Republicans still stand for small government, but they’ve changed how they describe that position.