In the letter proclaiming an autumn holiday of “public thanksgiving and prayer,” George Washington, the first president of the newly independent nation, asked the American people to give “sincere and humble thanks” to God for success in the War of Independence, for the subsequent establishment of a national constitution, and for the liberty with which He blessed the new nation.

Since then, through times of tranquility and trial, American presidents have issued proclamations calling on the American people to give their thanks for the blessings they enjoy.

With hope America will soon begin to heal after the long and bitter presidential campaign, here are selections from some presidential Thanksgiving proclamations to ponder over your meal. 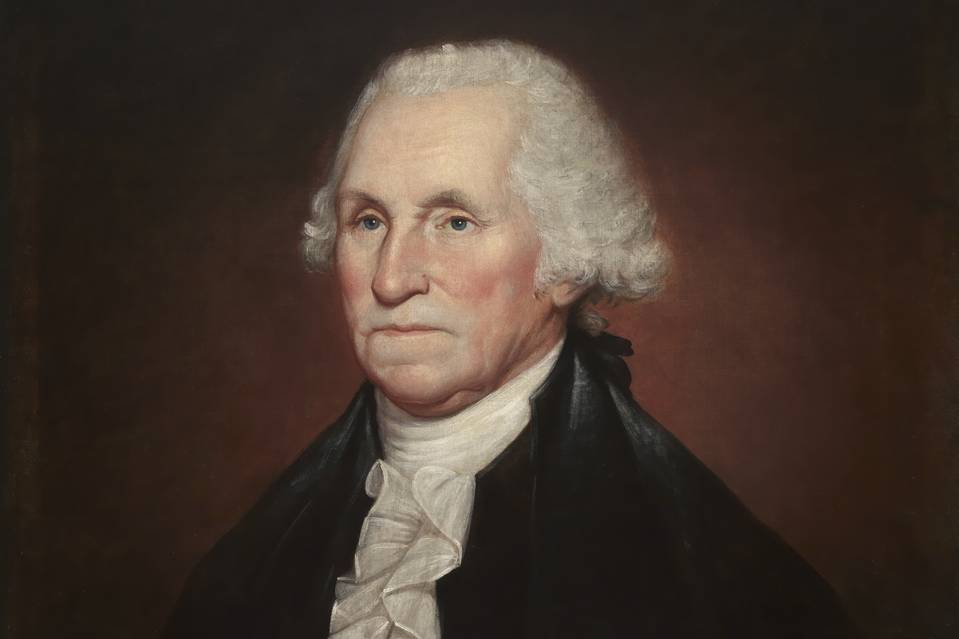 The Treaty of Paris, which ended the Revolutionary War between the American colonies and the British empire, had been signed six years earlier and the U.S. Constitution ratified the previous year. Washington was inaugurated as the first president of the new nation on April 30, 1789.

On Oct. 3, 1789, he recommended to Congress that Nov. 26 “be devoted by the People of these States to the service of that great and glorious Being… That we may then all unite in rendering unto him our sincere and humble thanks — for his kind care and protection of the People of this Country previous to their becoming a Nation — for the signal and manifold mercies, and the favorable interpositions of his Providence which we experienced in the course and conclusion of the late war — for the great degree of tranquility, union, and plenty, which we have since enjoyed — for the peaceable and rational manner, in which we have been enabled to establish constitutions of government for our safety and happiness, and particularly the national One now lately instituted — [and] for the civil and religious liberty with which we are blessed.”

He asked the American people to pray for pardon of the nation’s transgressions and for the protection of all rulers and nations “especially such as have shewn kindness unto us.”

In autumn 1864, Lincoln was running for his second term as president. The Civil War raged in the southern states, but the tide of battle had shifted decisively toward the Union.

“It has pleased Almighty God to prolong our national life another year,” Lincoln said in opening his Thanksgiving proclamation of Oct. 20, 1864, and to grant the nation “signal victories over the enemy, who is of our own household.”

He credited God with the booming wartime Union economy and for the “fortitude, courage, and resolution sufficient for the great trial of civil war into which we have been brought by our adherence as a nation to the cause of freedom and humanity.”

And Lincoln asked his fellow citizens, “wherever they may then be,” to offer humble, penitent prayers “for a return of the inestimable blessings of peace, union, and harmony throughout the land.”

Roosevelt’s first Thanksgiving Proclamation came in the trough of the Great Depression, with global conflict looming. The unemployment rate in November 1933 was 21.29%, and the previous year U.S. GDP had sunk 13%. The Japanese invasion of Manchuria in 1931 and the ascension of Adolf Hitler to the German chancellery the previous January had set the stage for the world war to come.

In his proclamation of Nov. 21, 1933, Roosevelt urged Americans to recall the courage of the first settlers and founders of the nation, as well as the steadfastness of the succeeding generations who had worked to further American ideals.

He wrote: “May we be grateful for the passing of dark days; for the new spirit of dependence one on another; for the closer unity of all parts of our wide land; for the greater friendship between employers and those who toil; for a clearer knowledge by all Nations that we seek no conquests and ask only honorable engagements by all peoples to respect the lands and rights of their neighbors; for the brighter day to which we can win through by seeking the help of God in a more unselfish striving for the common bettering of mankind.”

Eleven years later, the end of World War II was in sight. The invasion of Normandy had succeeded, and allied armies were closing in on Nazi Germany from the east and west.

“In this year of liberation, which has seen so many millions freed from tyrannical rule, it is fitting that we give thanks with special fervor to our Heavenly Father for the mercies we have received individually and as a nation and for the blessings He has restored, through the victories of our arms and those of our allies, to His children in other lands,” he wrote on Nov. 1, 1944.

On Thanksgiving 1963, Johnson had assumed the presidency only seven days before with the assassination of John F. Kennedy in Dallas.

“A great leader is dead; a great Nation must move on,” he wrote. “Yesterday is not ours to recover, but tomorrow is ours to win or to lose. I am resolved that we shall win the tomorrows before us. So I ask you to join me in that resolve, determined that from this midnight of tragedy, we shall move toward a new American greatness.”

In his proclamation he pleaded with Americans to overcome hatred and division, “to banish rancor from our words and malice from our hearts; to close down the poison spring of hatred and intolerance and fanaticism; to perfect our unity north and south, east and west; to hasten the day when bias of race, religion, and region is no more; and to bring the day when our great energies and decencies and spirit will be free of the burdens that we have borne too long.”

President Obama, like Roosevelt before him, took office in the depth of economic recession. The nation’s first black president recalled the Native Americans’ legendary role aiding the early colonists, urged Americans to “reach out to our neighbors and fellow citizens in need of a helping hand,” and sought to remind Americans that the Thanksgiving celebration unites an otherwise multicultural nation.

“As Americans, we hail from every part of the world,” he wrote. “While we observe traditions from every culture, Thanksgiving Day is a unique national tradition we all share. Its spirit binds us together as one people, each of us thankful for our common blessings.”